The borehole source SHock is utilized to generate pressure (P-) and shear waves of horizontal polarization (SH-waves) in wells while performing the operations through crosshole seismic testing (CST) and reverse vertical seismic profiling (RVSP) methods. The operation of the SHock source is provided by the Jack energy sources.

The source generates a shear wave through an asymmetric blow delivered into wall of the well. A rigid pneumo-electric line makes it easy to rotate the source in the borehole, providing generation of “right” and “left” blows. The SHock source allows excitation of a seismic signal in both water-filled and dry wells, which is not feasible for borehole sparkers.

SHock is supplied on a reel equipped with a high-voltage slip ring. Thus, one does not need to disconnect the energy source during operations of winding / unwinding the cable.

The standard set consists of:

An example of CRP seismograms registered by the 3C seismic cable while exciting the signal with the SHock source in an adjacent well.
Picture above shows two CRP seismograms, picture below — P- and S- waves spectra. The source operation was provided by energy source Jack. 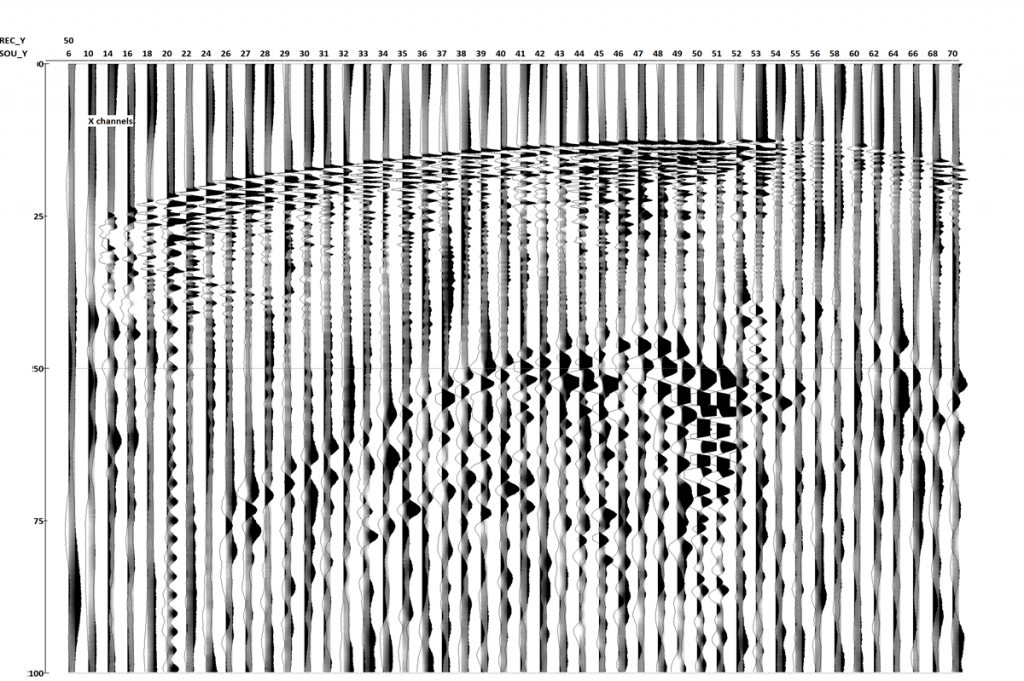 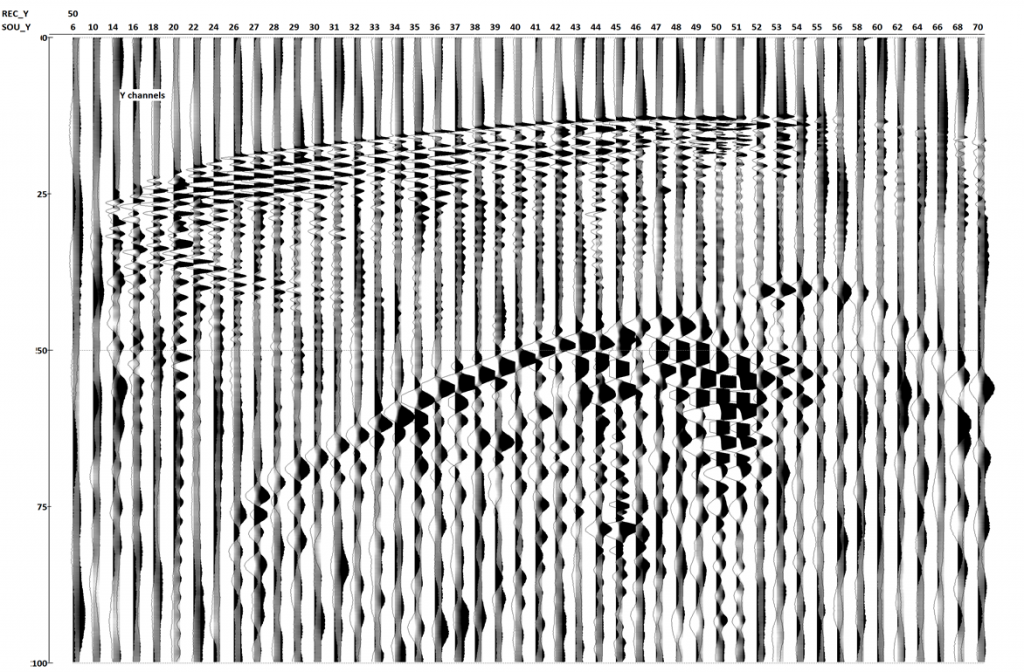 Examples of CRP seismograms for non-oriented X- and Y- components with superimposition of right and left blows. 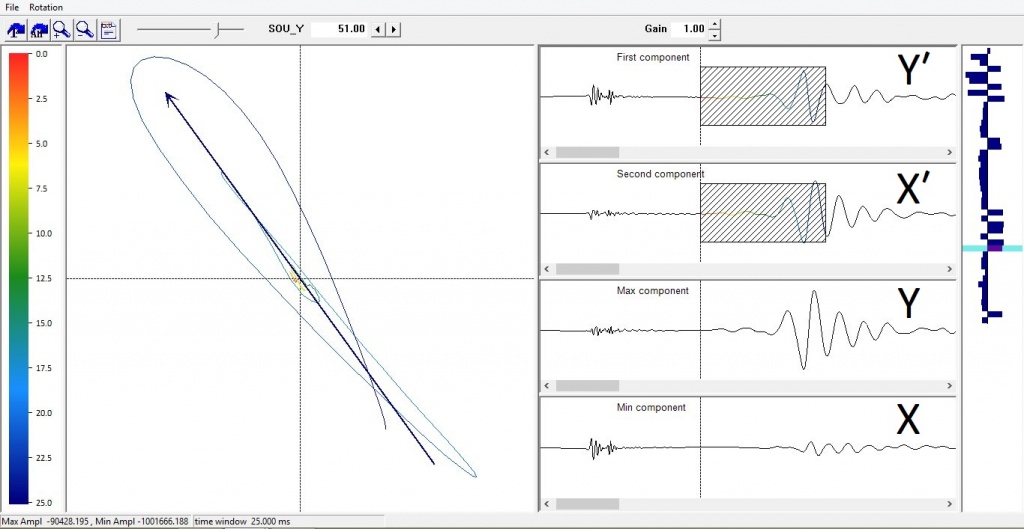 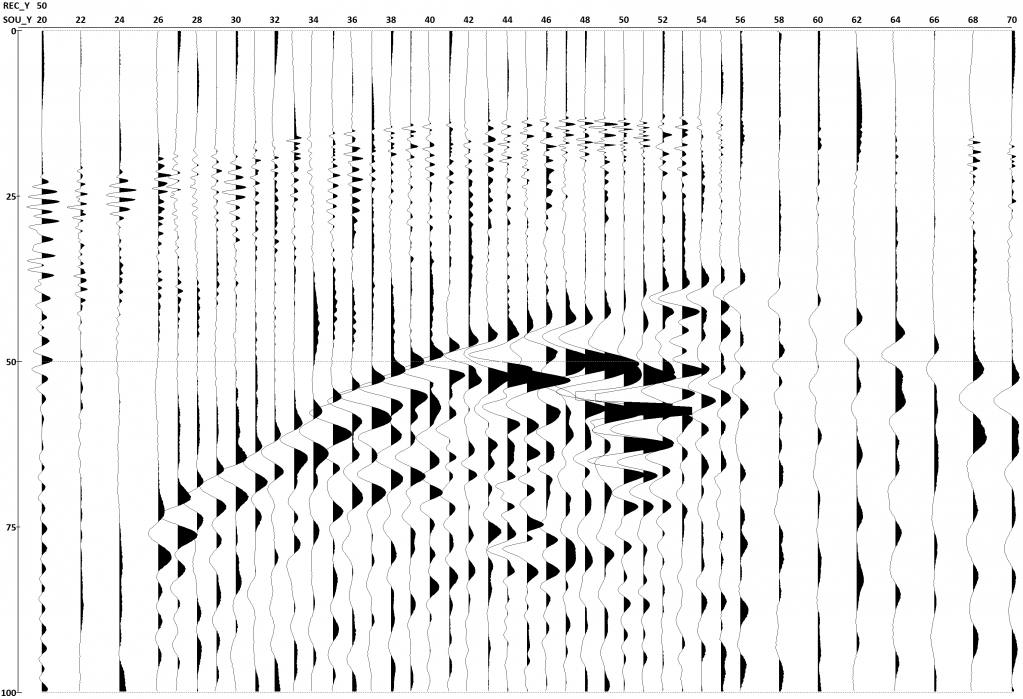 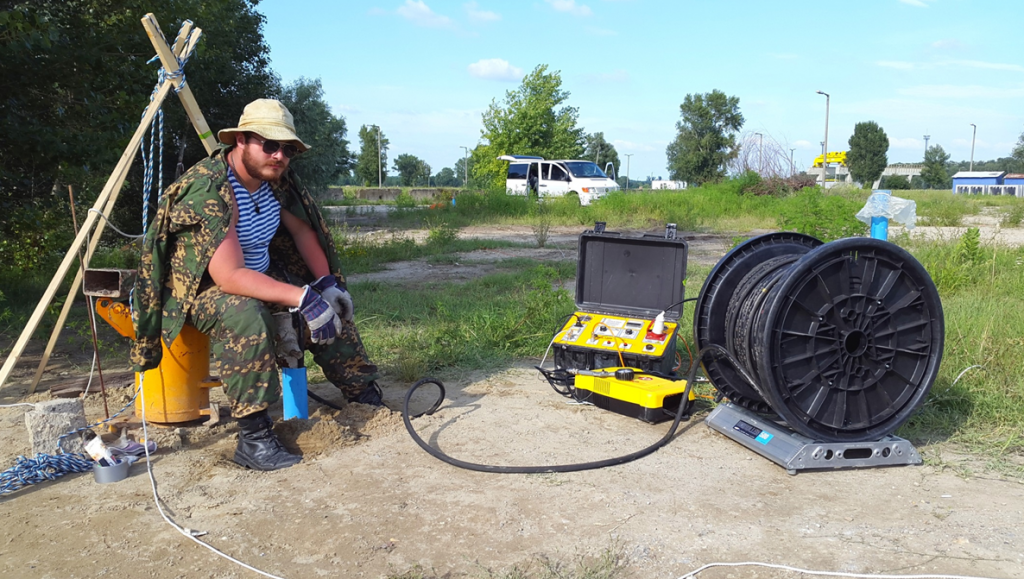 Are designed to provide functioning of sparkers of different types

Be the first to review “SHock” Cancel reply