Borehole sparker Pulse is utilized to generate pressure waves in water-filled boreholes while performing the operations via crosshole seismic testing (CST) and vertical seismic profiling (VSP) methods. The operation of the Pulse source is provided by the Jack energy source.

Jack energy source generates a short high-voltage electric pulse of considerable energy, which ensures the formation of ionized high-pressure gas-vapor cavities on the electrode group of the Pulse sparker, placed in a container with salt water. With explosive expansion of the gas-vapor cavity, the pressure in it rapidly decreases, what leads to a precipitate drop in the temperature, vapor condensation and subsequent collapse of the cavity, what does not lead to parasitic pulsations. The design of the source provides easy replacement of wear electrode groups, what also allows to control the signature of the source by installing a group with a different number of electrodes.

The standard diameters of the containers are 36 / 60 / 80 mm, thus allowing operations in wells with diameters starting from 40 mm. It is important to understand that in order to provide a stable pulse of high energy and a significant operational life of the source, a sufficient volume of the container and the number of electrodes greater than 25 are necessary. The operating life of the radiator is 5000–50000 excitations and depends on the number of electrodes and the energy supplied to them.

Pulse sources are shipped on geophysical reels equipped with high-voltage slip rings. Thus, one does not need to disconnect the source from a energy source during operations of winding / unwinding the cable. 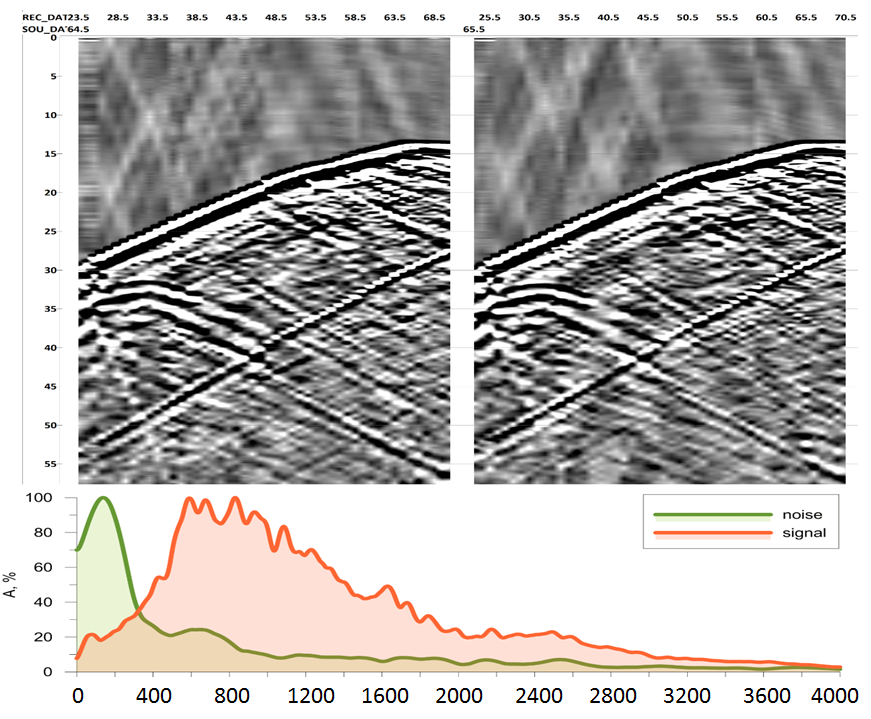 An example of the CST on P- waves field data obtained using the Pulse sparker, energy source Jack, and a hydrophone cable connected to ELLISS-3 seismic station:
above — CSP seismograms for two shot points; below — amplitude spectra of signal and noise recorded before first arrivals 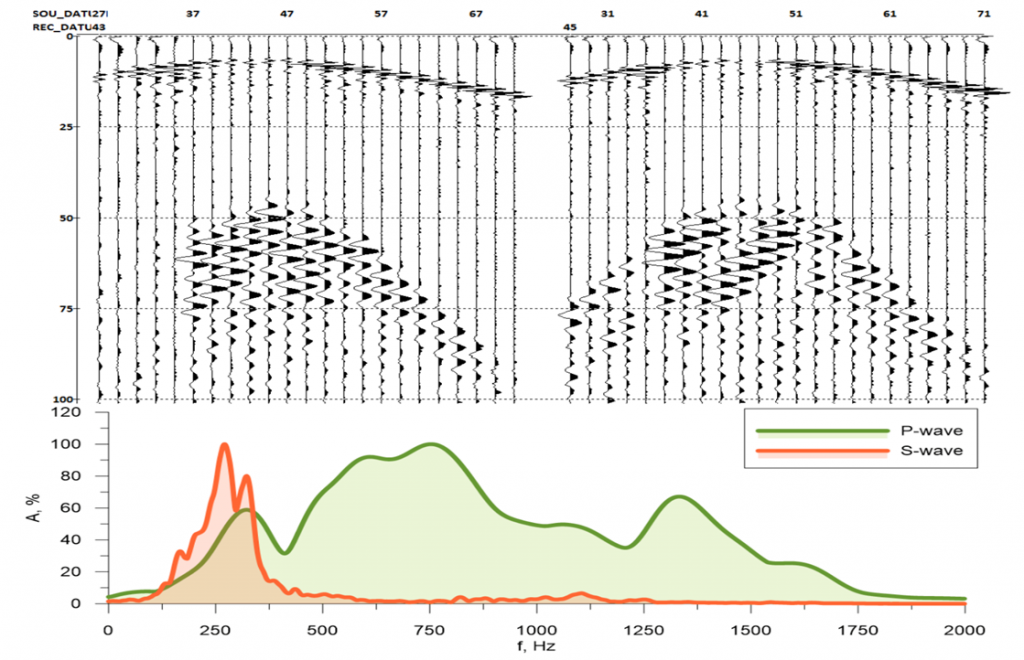 Example of raw CST field data for operations with 3C acquisition system TELSS-VSP and sparker Pulse.
Two CSP seismograms for two shot points are depicted above. Amplitude spectra for P- and S- waves are depicted below. The source operation was provided by energy source Jack. 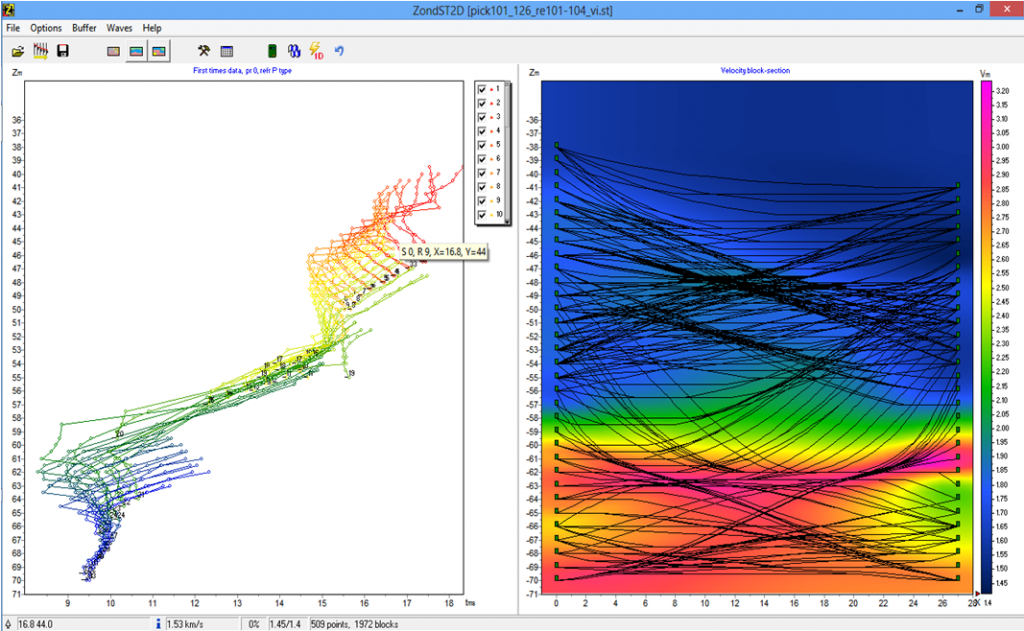 Work window of ZondST2d program.
On the left it is shown the coincidence of observed and calculated godographs, on the right — reconstructed velocity model with P- wave seismic ray tracing. On the right side of limestone base a karst cavity is allocated; in the left part the decrease in velocity is probably associated with decompression zone.

Are designed to provide functioning of sparkers of different types

Be the first to review “Pulse” Cancel reply